forgotten in the Nativity… 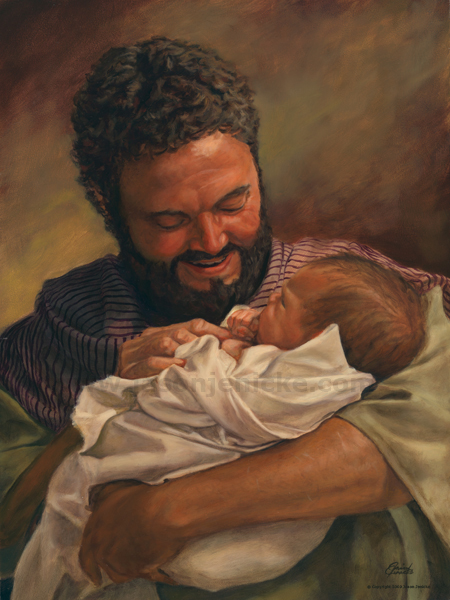 “just use a shepherd, sweet pea.”

shoved in the background. mistaken for a shepherd. lost in the ages-old narrative. lost in history.

and yet, in the most important places, not lost at all.

we know, and regularly hear, of Mary’s pure heart, of how she allowed herself to be used in bringing Messiah to us, to carry and give birth to Immanuel.

but what of Joseph?

we can assume he was a man of integrity. he did, after all, listen to the angel. he obeyed precisely, despite the damage to his own reputation. we can only imagine the whispers in Nazareth, flung around carelessly and without heed to those involved.

he was not chosen on accident. he was not an incidental player in Jesus’ life, or in Mary’s. he was their main caretaker. when Herod was after Jesus, Joseph protected his family, and again, obeyed the angel’s instruction.

God does not move carelessly. He is patient and precise. In His omnipotence, He would have known Mary and watched her heart’s leaning toward Him. Joseph, too, would have been taken into account. they came as a couple, a new family. history has divided them and cut him out. but God intended this family for His Son. He intended this particular man to love and care for Mary, to nurture Jesus, to help him walk and run and talk, and yes, to be a carpenter. He trusted Joseph’s heart enough to place a tiny baby in his home, to know this was the man who would teach a young boy of Himself. under his leadership, the Torah would be taught and memorized, the Law followed, and the feasts observed.

there is precious little to know of Joseph. we know he was still alive when Jesus was twelve. and then he is gone. much speculation enters the picture at that point. but it is just that–speculation.

we do know he was:

spiritual (in the best ways possible)

a man of integrity

obedient and open to God’s leading

the leader of their home

and I would assume he was also:

well-rounded and sure of himself as husband and father

a help to Mary when life overwhelmed her

a partner in raising Jesus and their other children

and probably overwhelmed by the task of raising God’s Son and the future ahead of them all.

he intrigues me in so many ways. when I get to Heaven, he is on my short list of people to track down and have some honest conversation together. his step-son (understandably and with good reason!) and wife have gotten all the attention through the last few millennia. he’s had a lot of time to do some pondering of his own. I wonder where it has led him. I wonder what he learned from the baby he helped raise.

he was not an incidental character in a time-honored narrative. he was intentionally placed by a loving and careful God. and he deserves better than to be mistaken for a shepherd.